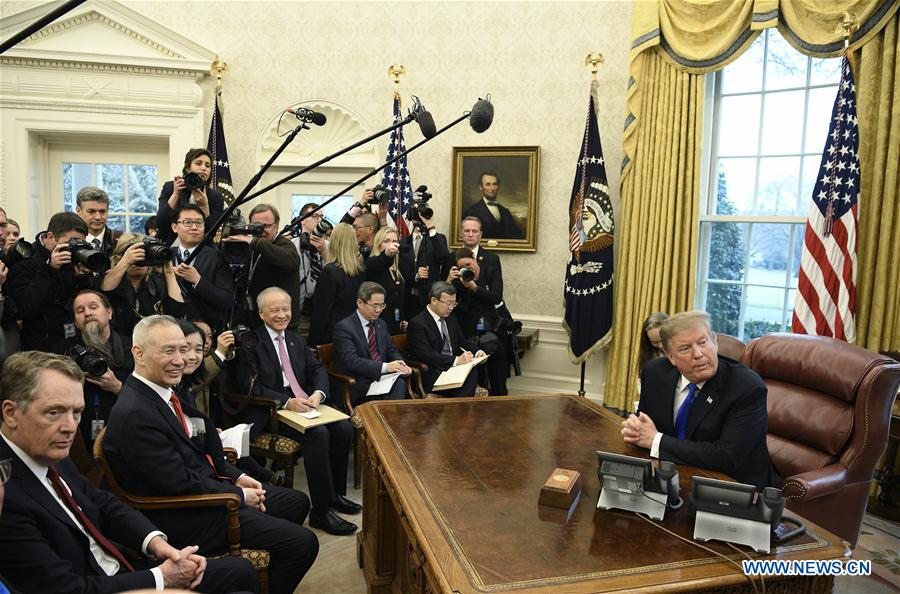 U.S. President Donald Trump (1st R) meets with Chinese Vice Premier Liu He (2nd L, front) at the Oval Office of the White House in Washington, D.C., the United States, Feb. 22, 2019. U.S. President Donald Trump on Friday met with Chinese Vice Premier Liu He at the White House on bilateral ties and the ongoing bilateral trade talks. Liu, who is a member of the Political Bureau of the Communist Party of China Central Committee and chief of the Chinese side of the China-U.S. comprehensive economic dialogue, is in Washington D.C. for the seventh round of high-level economic and trade talks between the world’s top two economies that started on Thursday. He is also visiting the United States as the special envoy of Chinese President Xi Jinping. (Xinhua/Liu Jie)